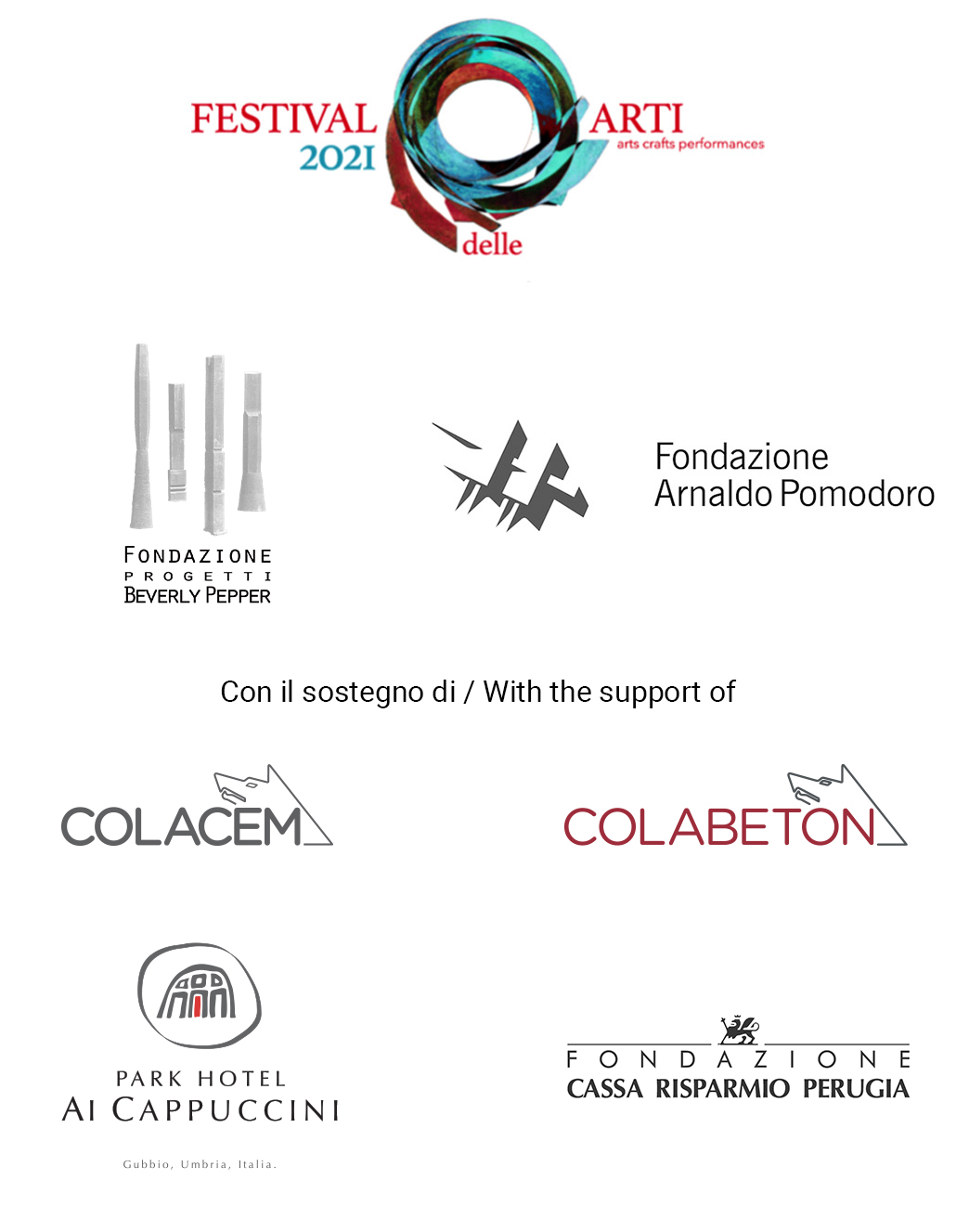 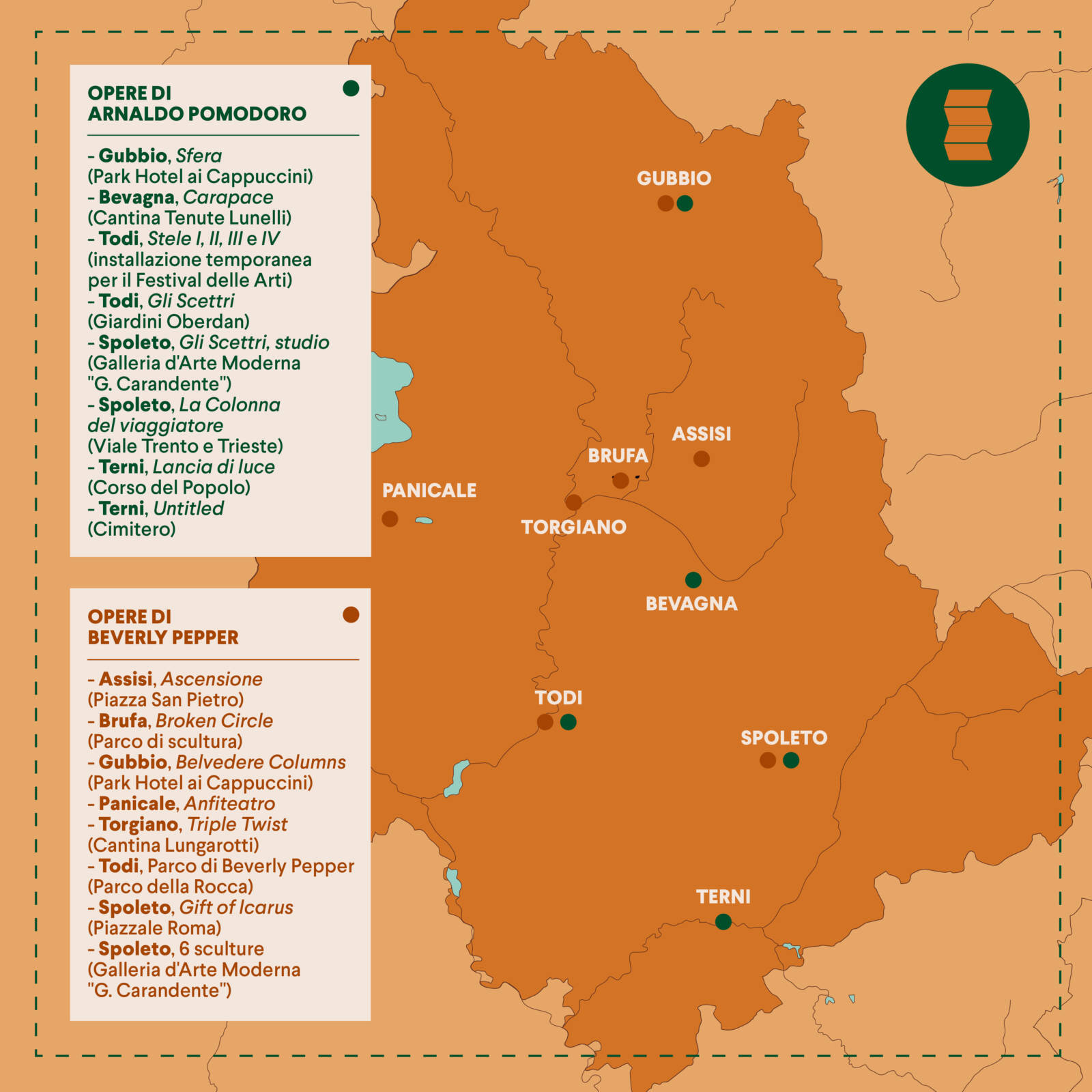 With the aim of promoting an ever wider knowledge of the Master’s work and full accessibility to the public of the tangible and intangible heritage, within the global project of conservation, enhancement and promotion of the artist’s work, the Arnaldo Pomodoro Foundation this year collaborates in the realization of the second edition of the Festival of the Arts (24 July – 26 September) and the XXXV edition of Todi Festival (28 August – 5 September).

The rich program of the Festival of Arts 2021, aimed at bringing and enhancing the works of Arnaldo Pomodoro and Beverly Pepper in Umbria, will start on July 24, with appointments scheduled until Sunday, September 26, partly included in the subsequent programming of Todi Festival, whose manifesto was signed by Arnaldo Pomodoro who decided to take up one of his Scettri in the form of a graphic sign.

The event will start on Saturday 24 July with the temporary installation of the four Stele (1997-2000), in the suggestive Piazza del Popolo in Todi, and of the Scettri (1987-1988) at the nearby Oberdan Gardens. In this case, these are five aluminum sculptures granted on a free, long-term loan from the Arnaldo Pomodoro Foundation to the City of Todi.

The activities will then resume on Saturday 28 August, coinciding with the first day of Todi Festival, when the temporary exhibition Labyr-Into will be inaugurated in the Sala delle Pietre. Inside the labyrinth of Arnaldo Pomodoro, scheduled until 26 September, which will allow visitors to enter, in a virtual way, the environmental work of Arnaldo Pomodoro. Entrance into the labyrinth.

In summary and continuation of the “Arnaldo, Beverly and Umbria” project, the Arnaldo Pomodoro Foundation and the Beverly Pepper Projects Foundation present “Dear Umbria”, a project born from the close collaboration between the two realities with the aim of starting an activity of dissemination through the promotion of a contemporary artistic itinerary, which allows to reconstruct the fundamental biographical stages of the artists in the Umbrian territory and at the same time to start a process of regeneration of collective spaces. In this way, the individual places become stages of a larger open-air museum spread throughout the region.
The project will be accompanied by an intense engagement campaign on the social channels of both foundations. 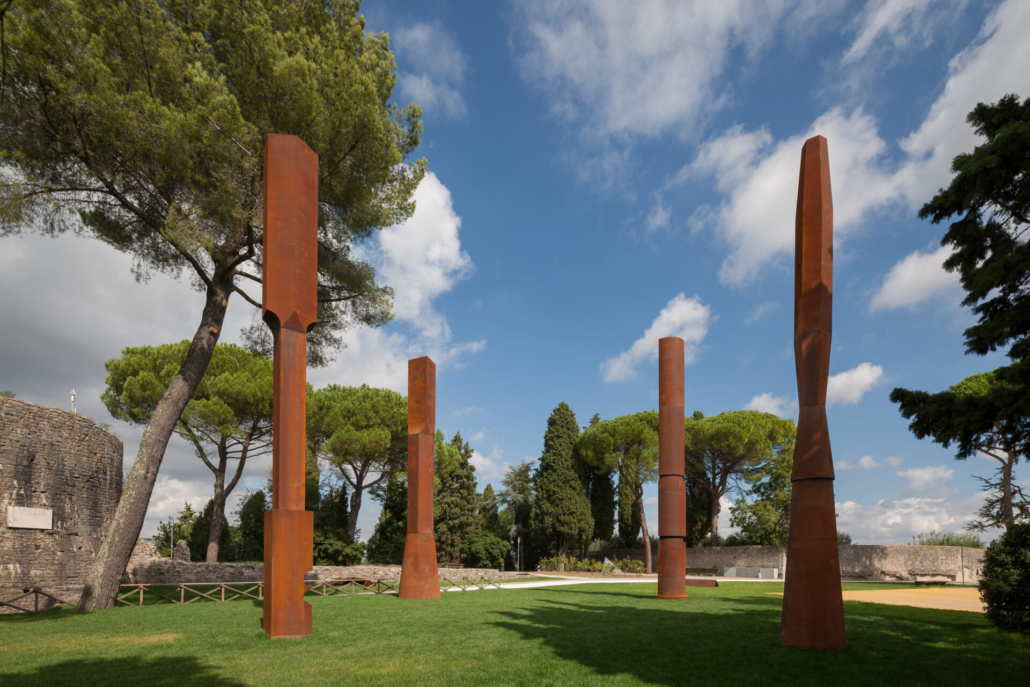 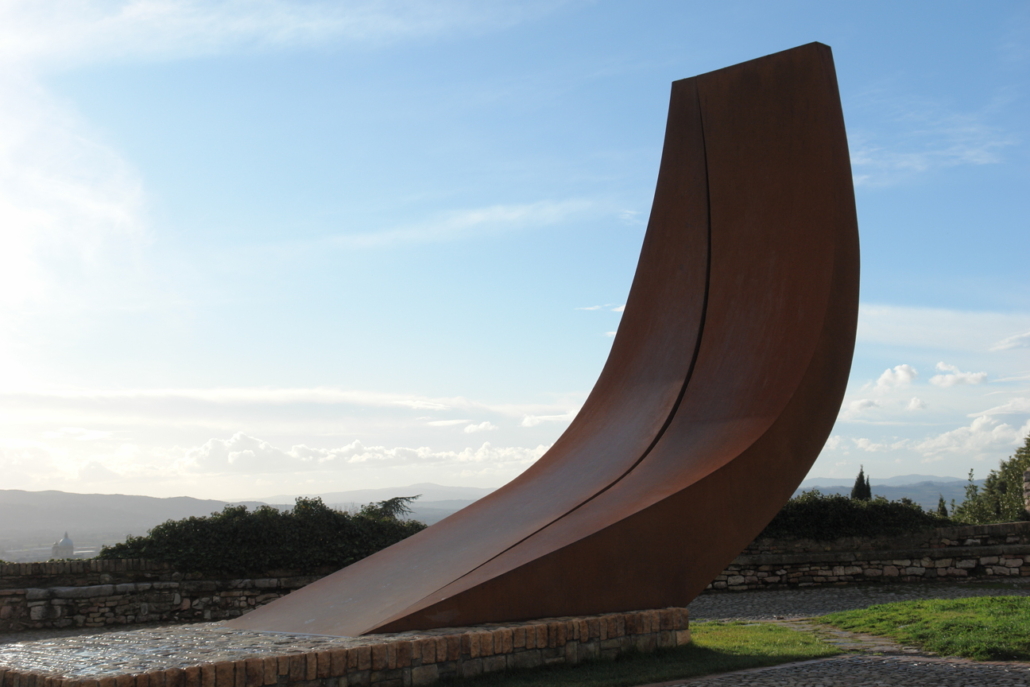 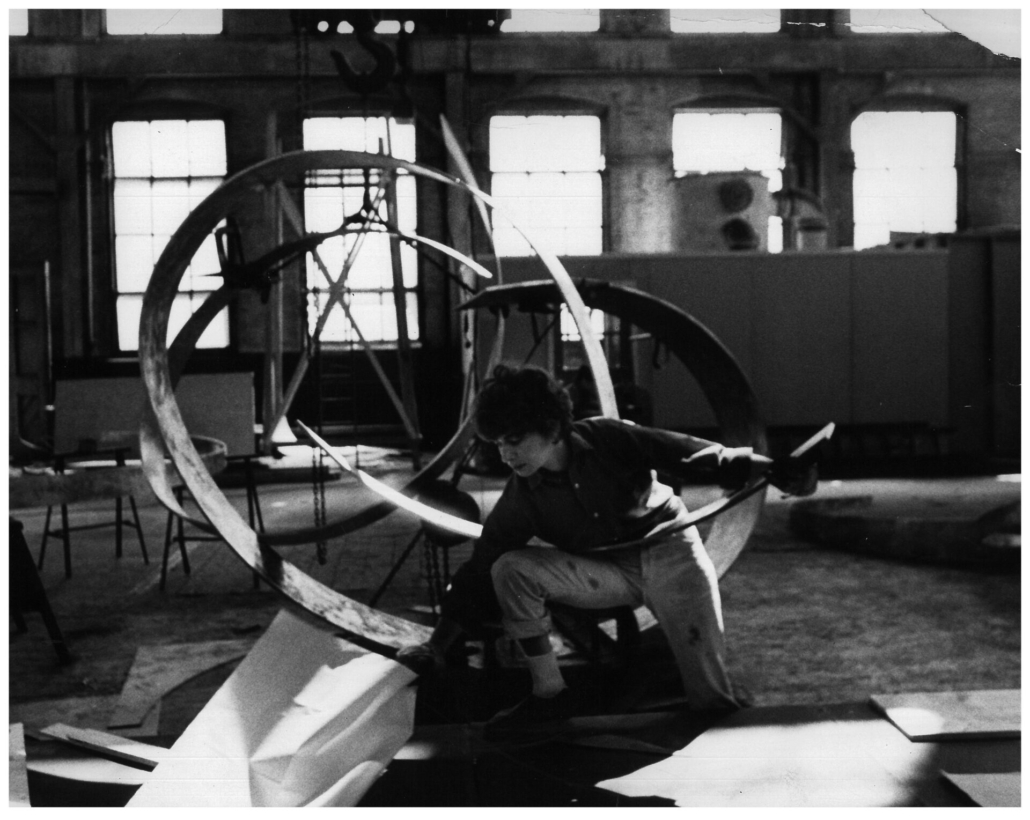 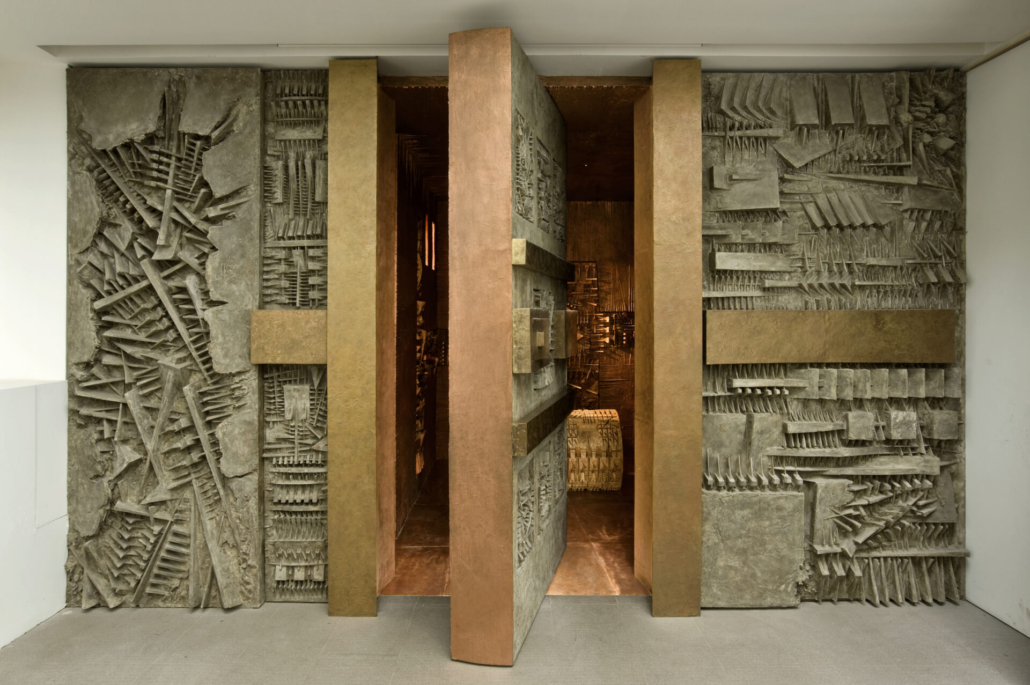 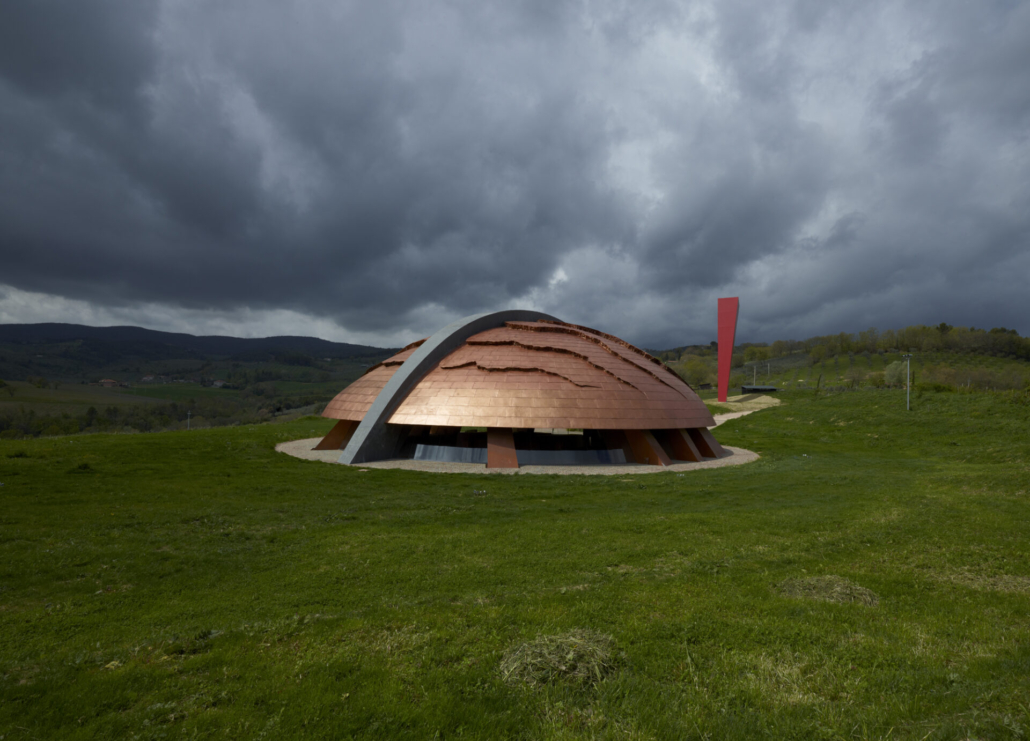 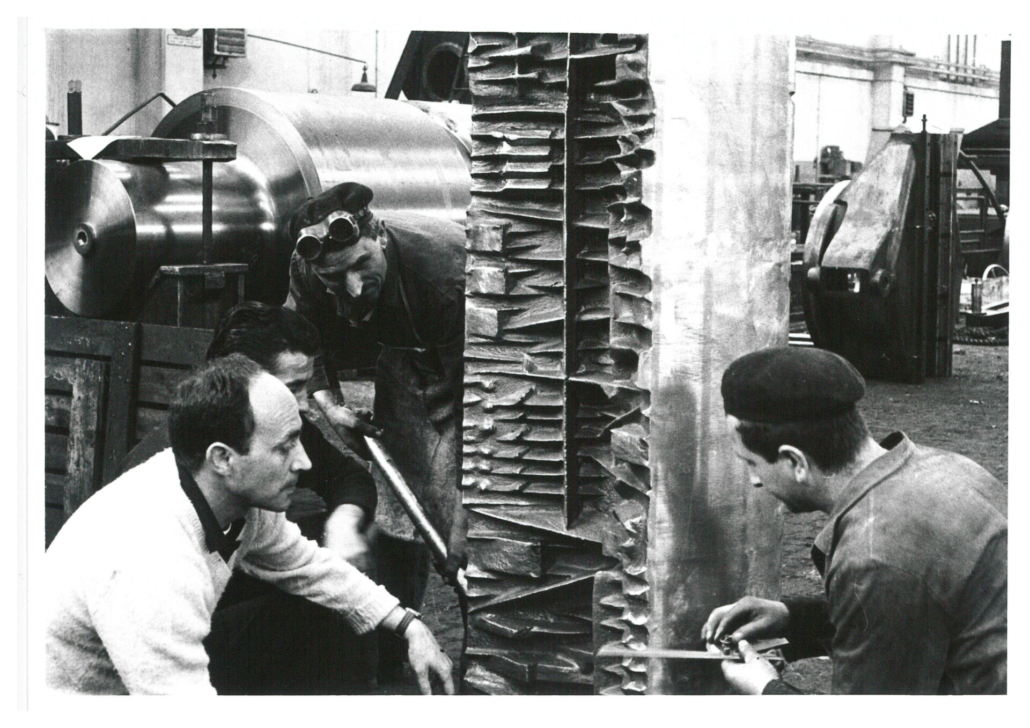 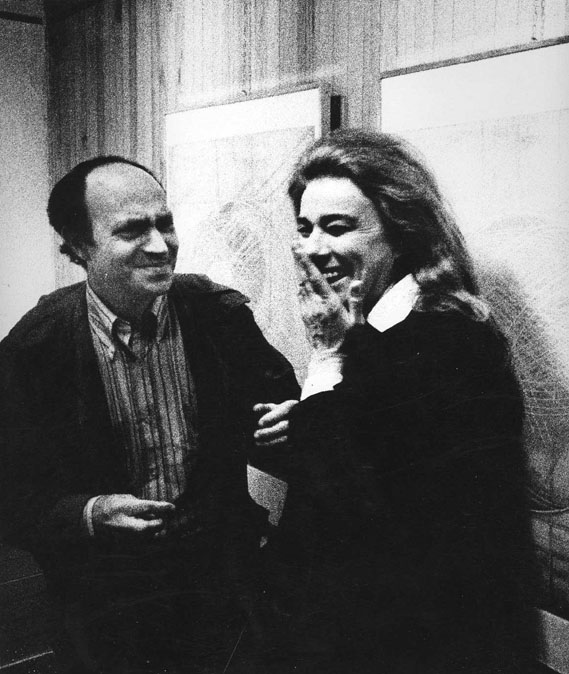 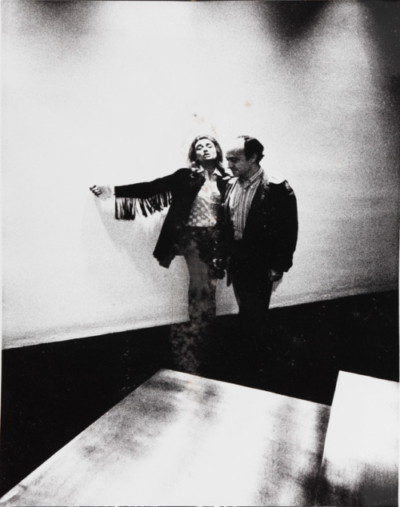 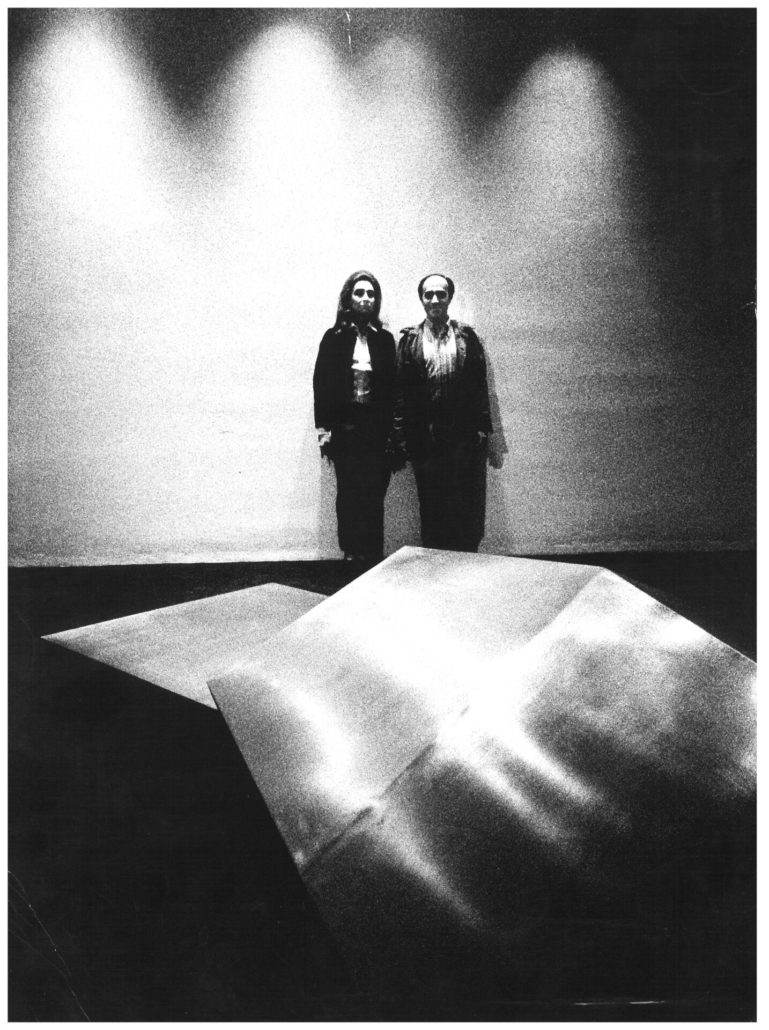 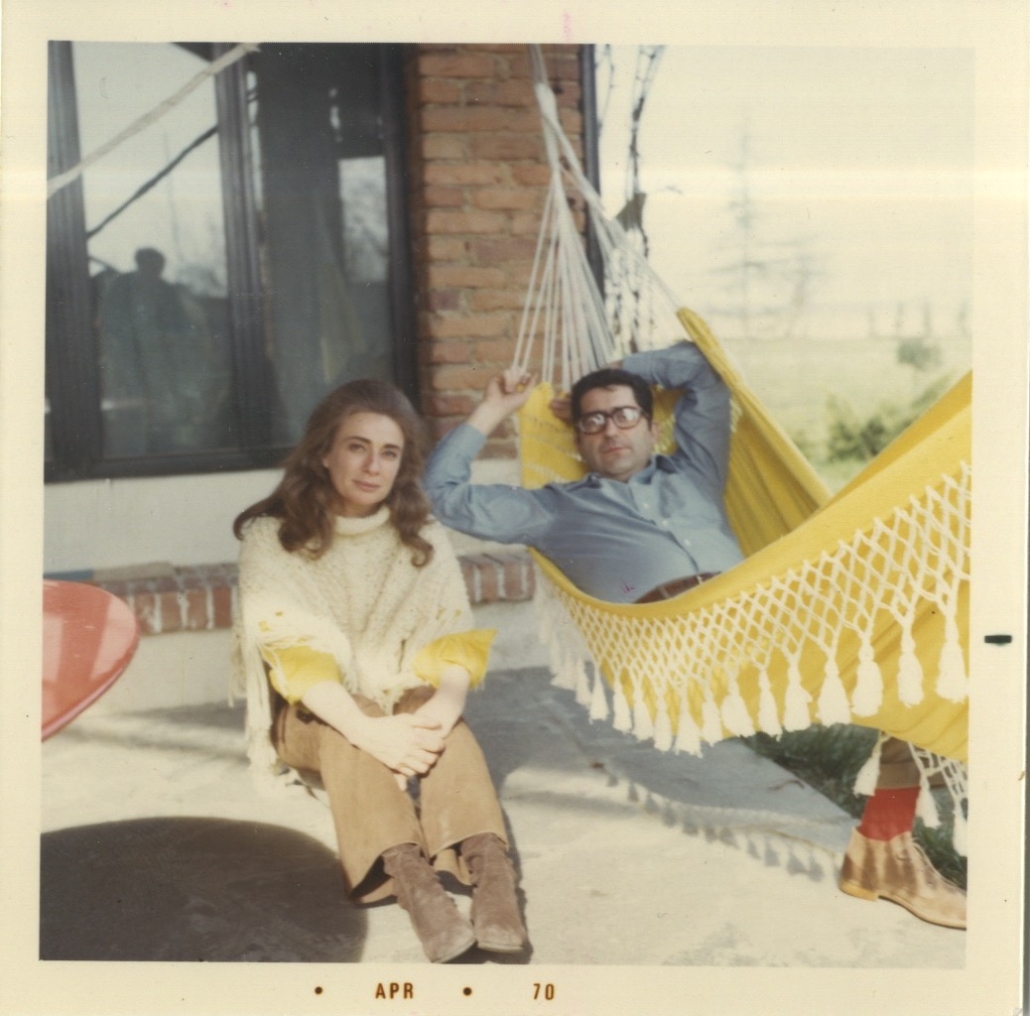 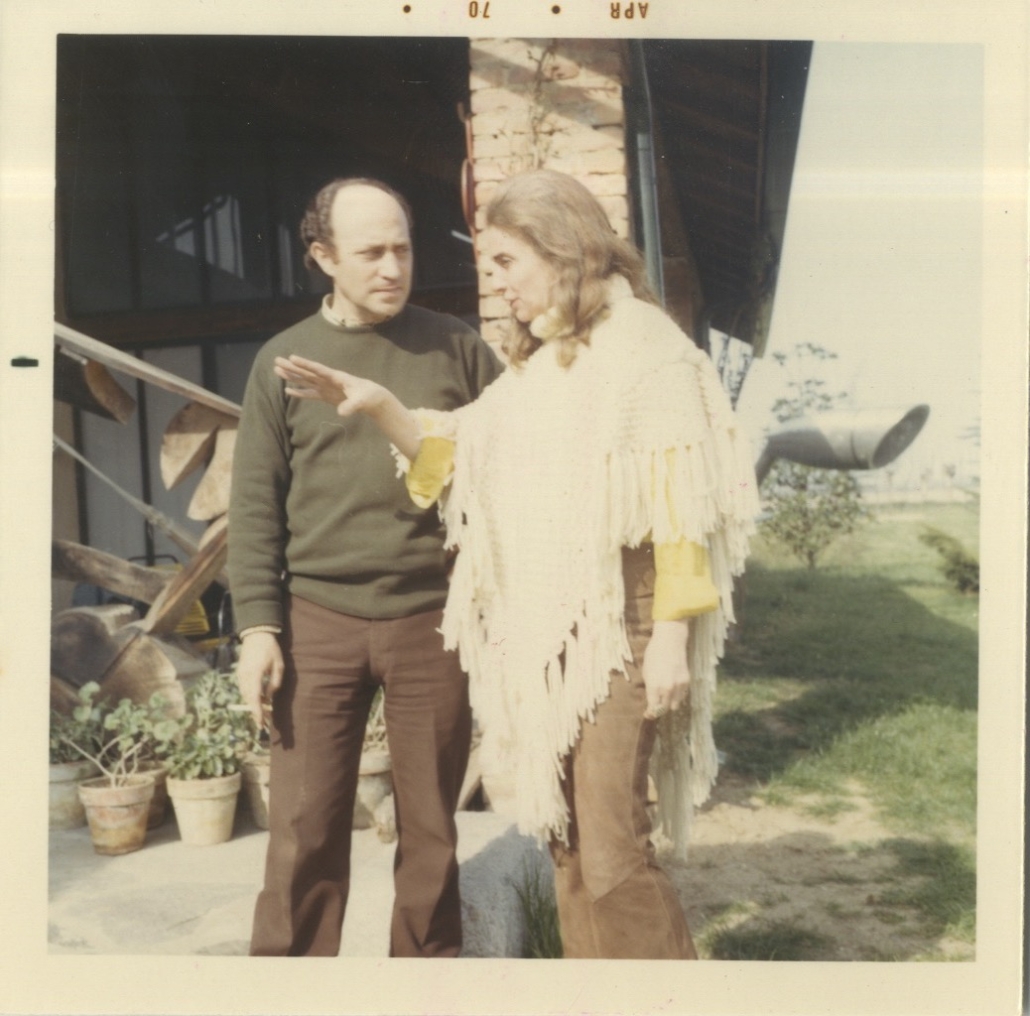 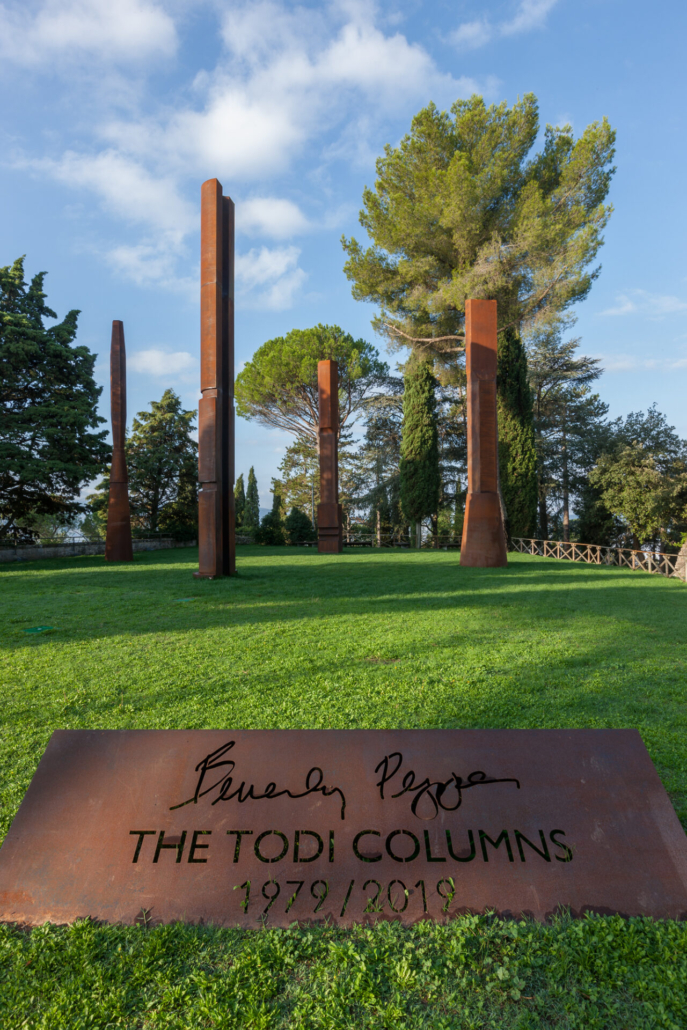 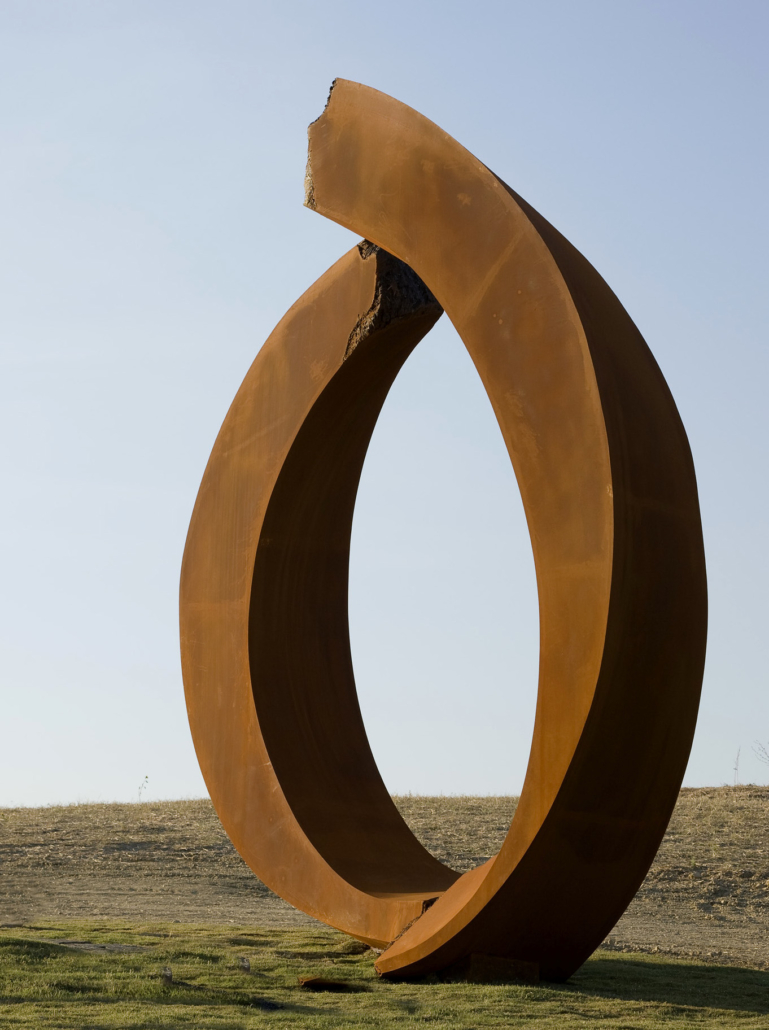 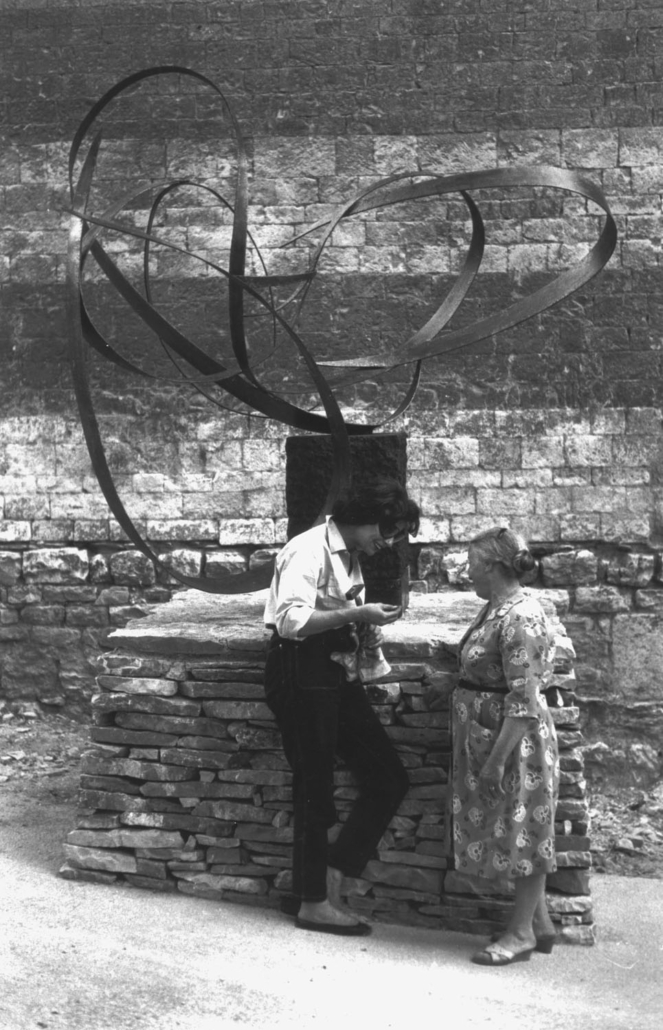 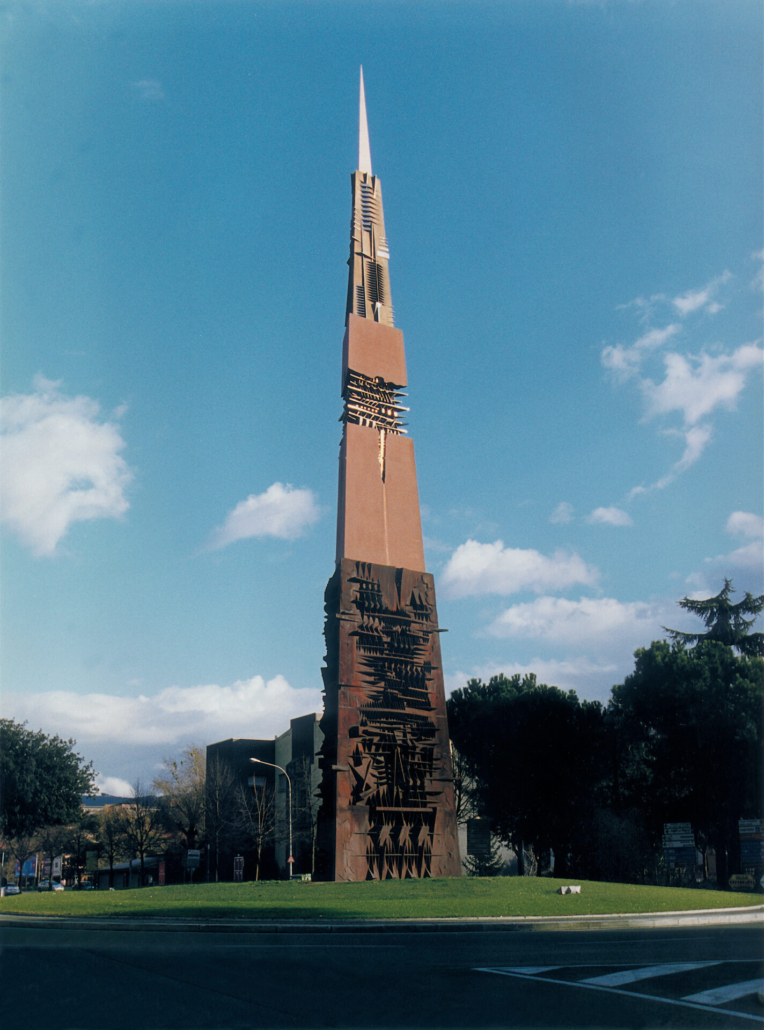 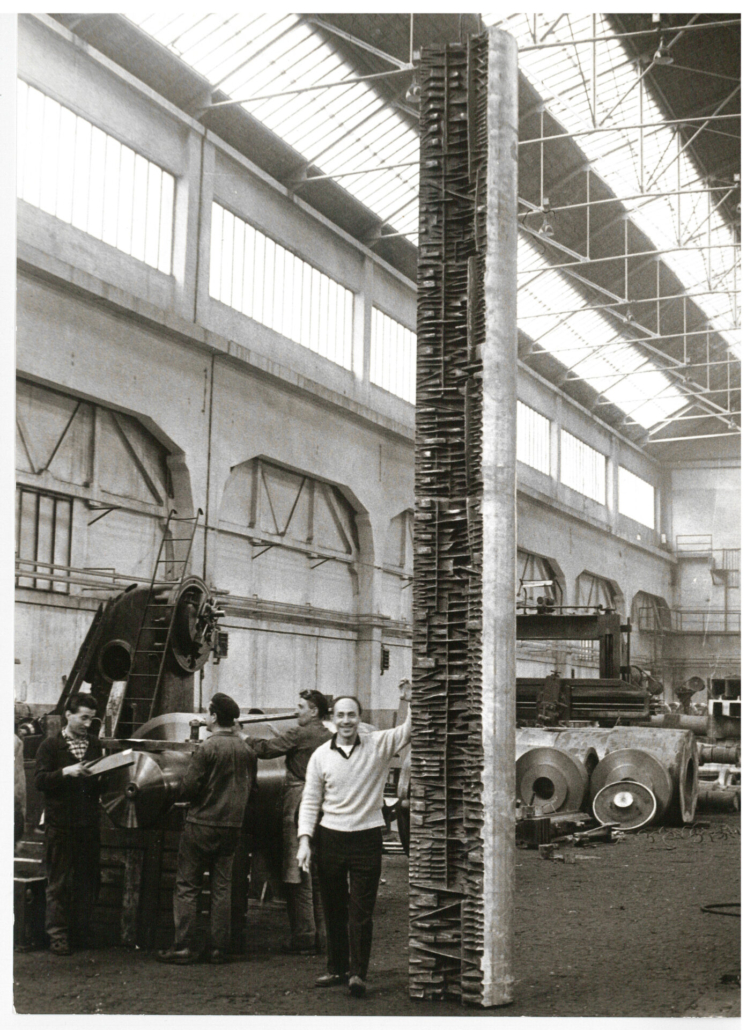