“Sfera con sfera” by Arnaldo Pomodoro at the Royal Lazienki Museum in Warsaw
For the next five years, the fiberglass sculpture will be accessible to all in the context of the museum park

On July 15 Sfera con Sfera (1979-1980) was placed and inaugurated in the Modernist Garden of the New Orangery of the Royal Łazienki Museum in Warsaw, in the presence of the Italian ambassador Aldo Amati. As Zbigniew Wawer, director of the museum, said: “Sphere with Sphere highlights the contrasts of modernity, because depending on the angle of incidence of light, we can see a destroyed city, or a rebirth of life after a catastrophic event”.

Commenting on the work, the artist recalled that “the inventive operation on the ‘sphere’ is one of the most important in my work. Sfera con sfera reflects and represents the antithetical impulses of today’s world with its complex imaginative force, which can be read as organic, that is human, or as oriented in a technological sense due to its internal forms so similar to a gear. In particular, a sphere that includes in itself another further sphere can be read as a metaphor of rebirth of a less tormented and destructive world”.

Thanks to the collaboration between the Foundation and the Museum, the fiberglass sculpture, part of the Foundation’s Collection, will be available to everyone for the next five years in the context of the Museum’s park. 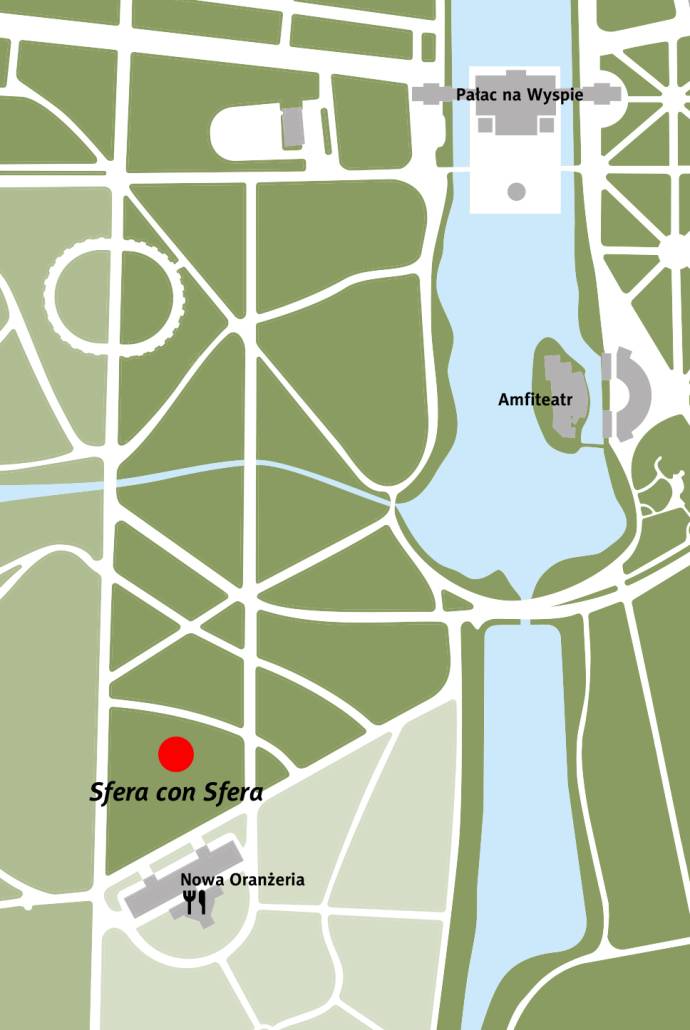 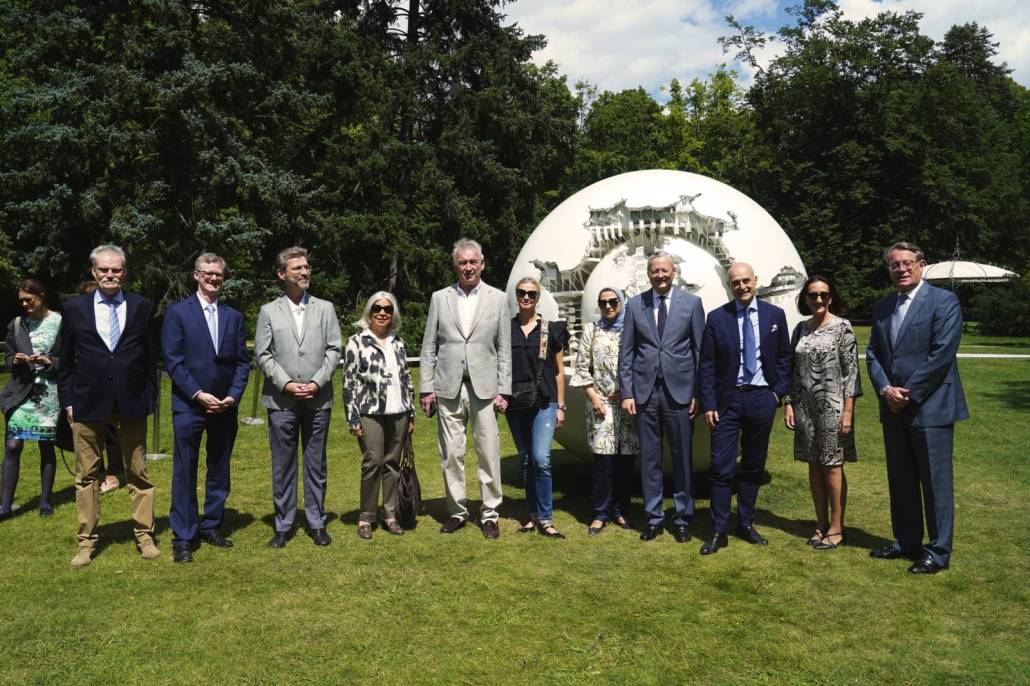 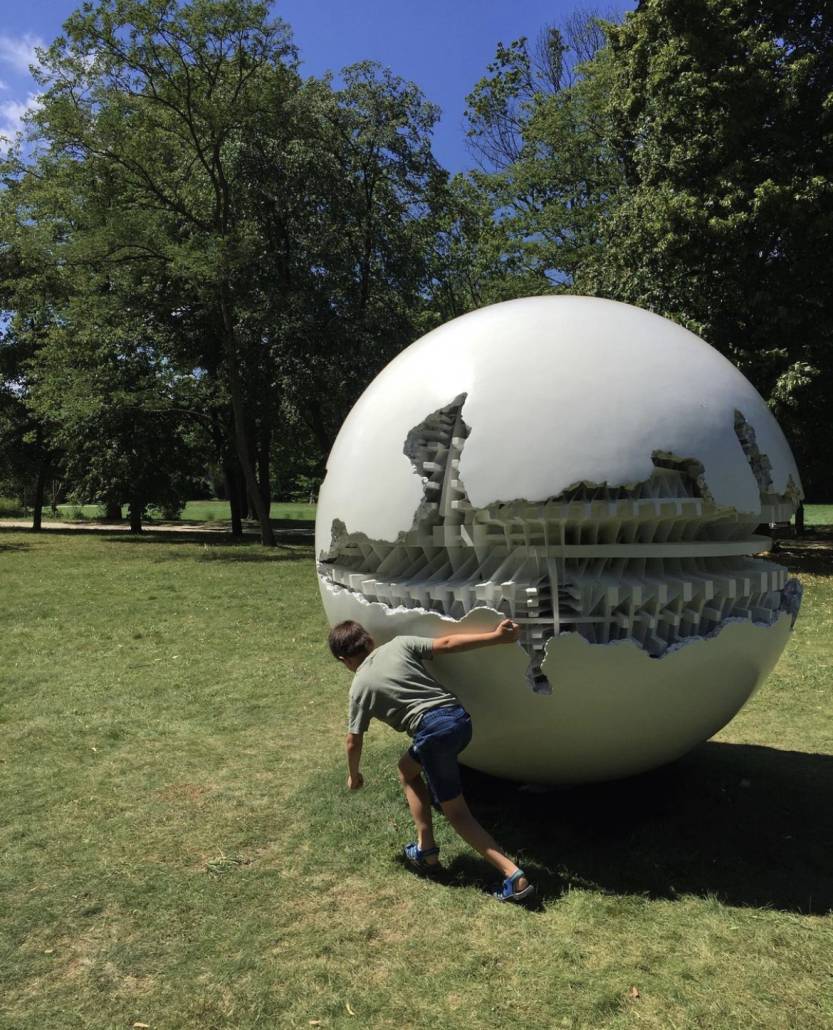 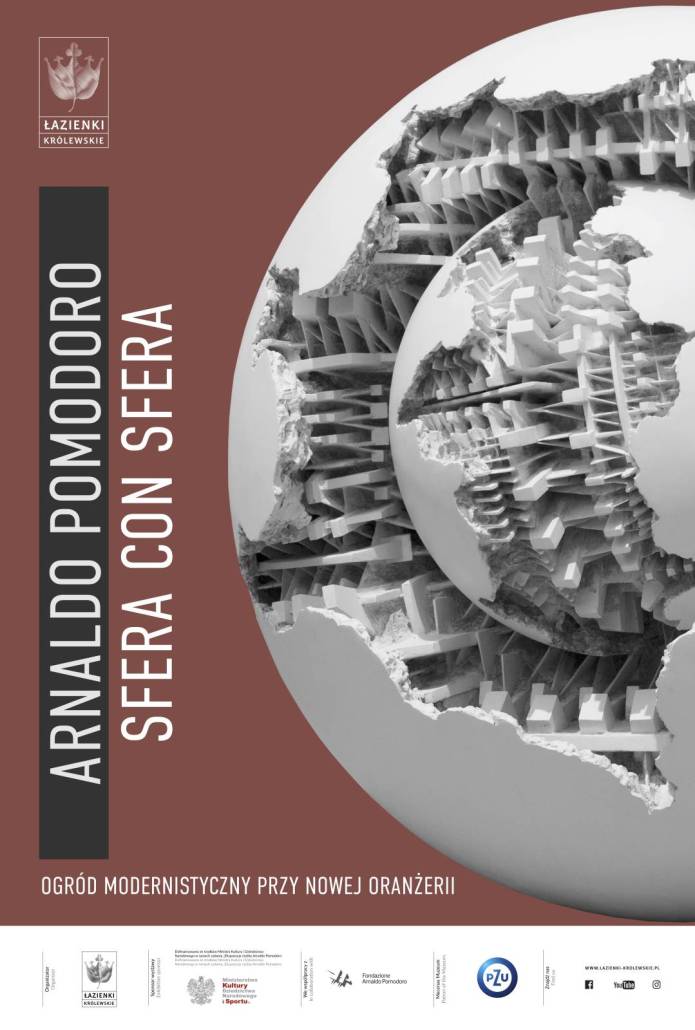 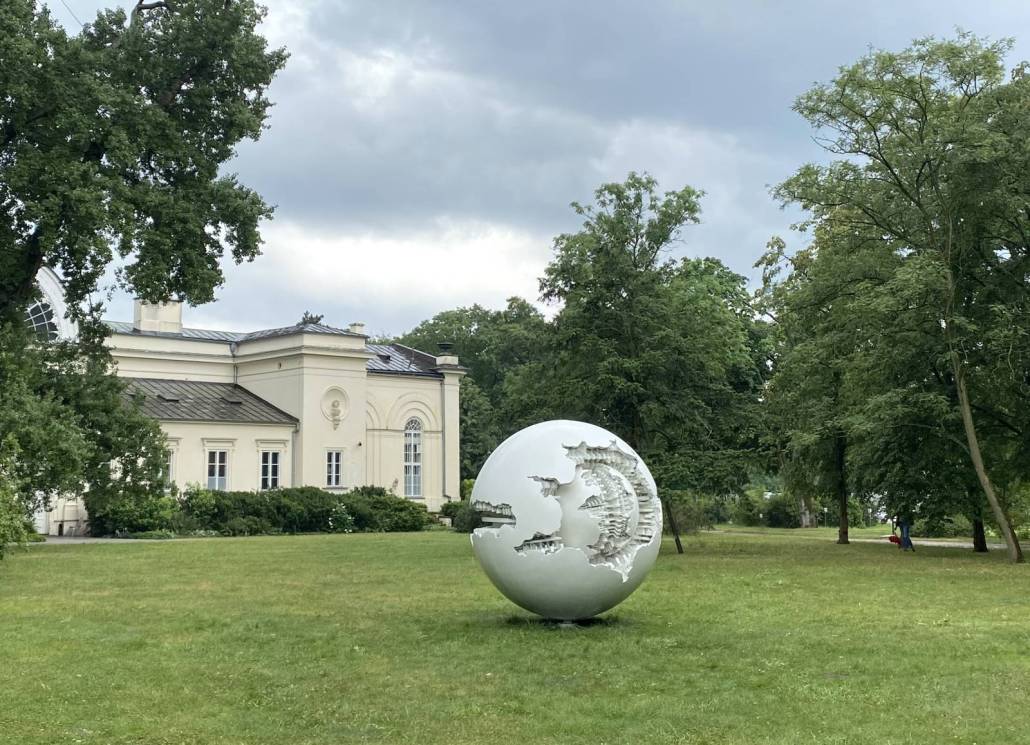 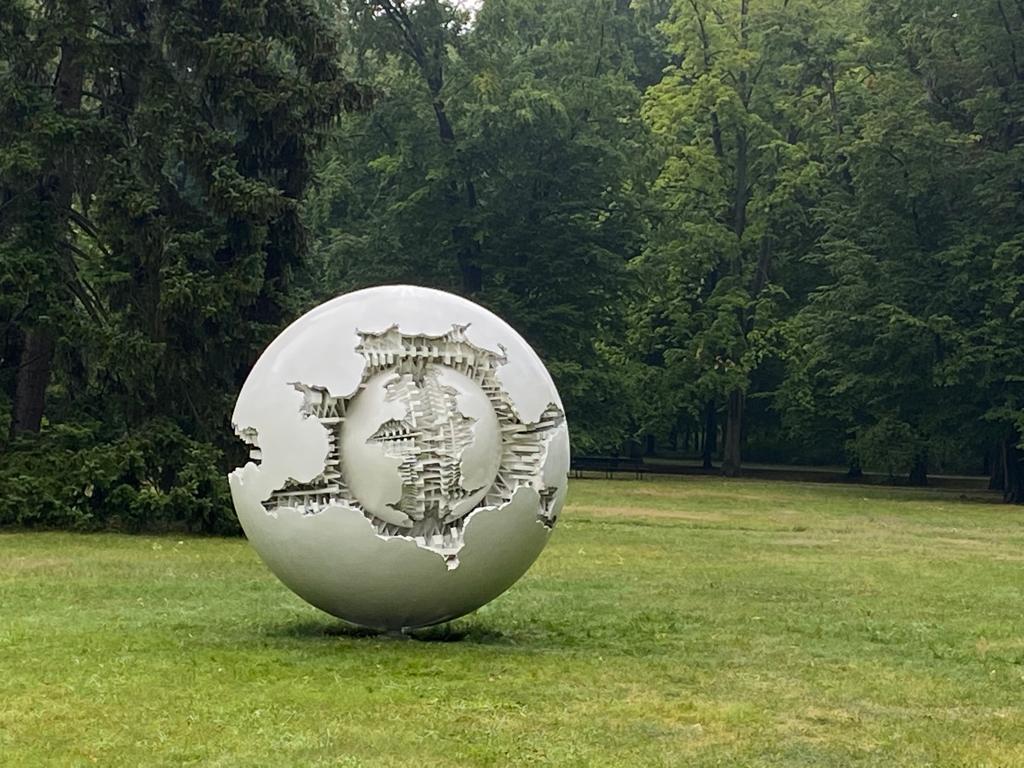 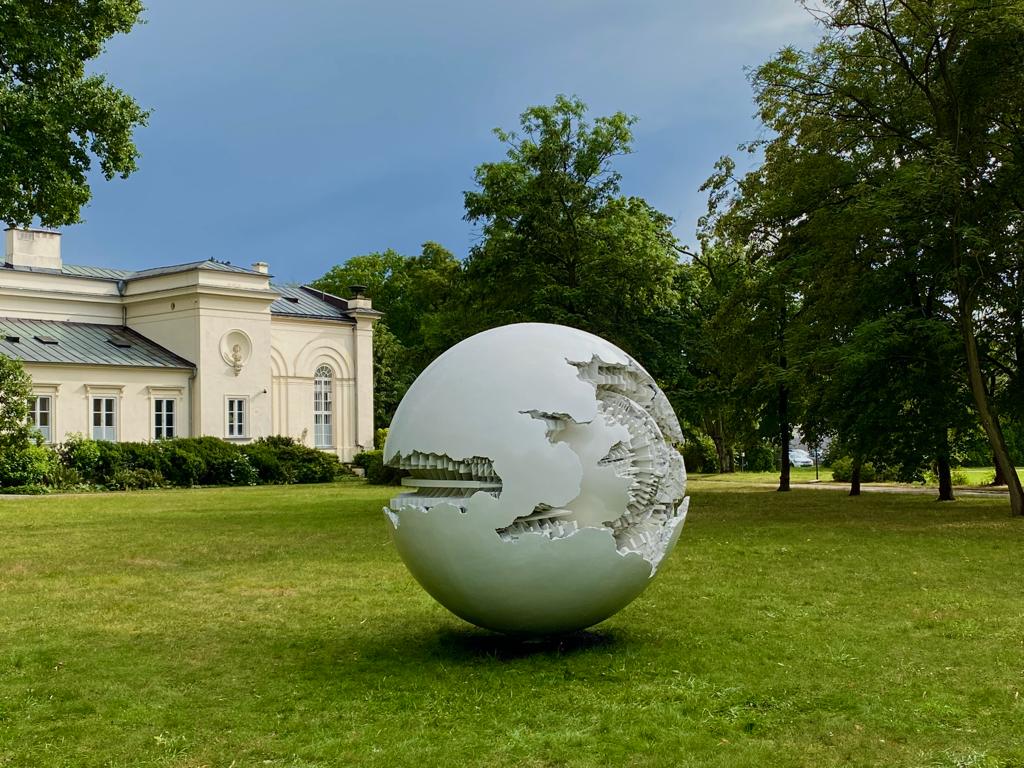