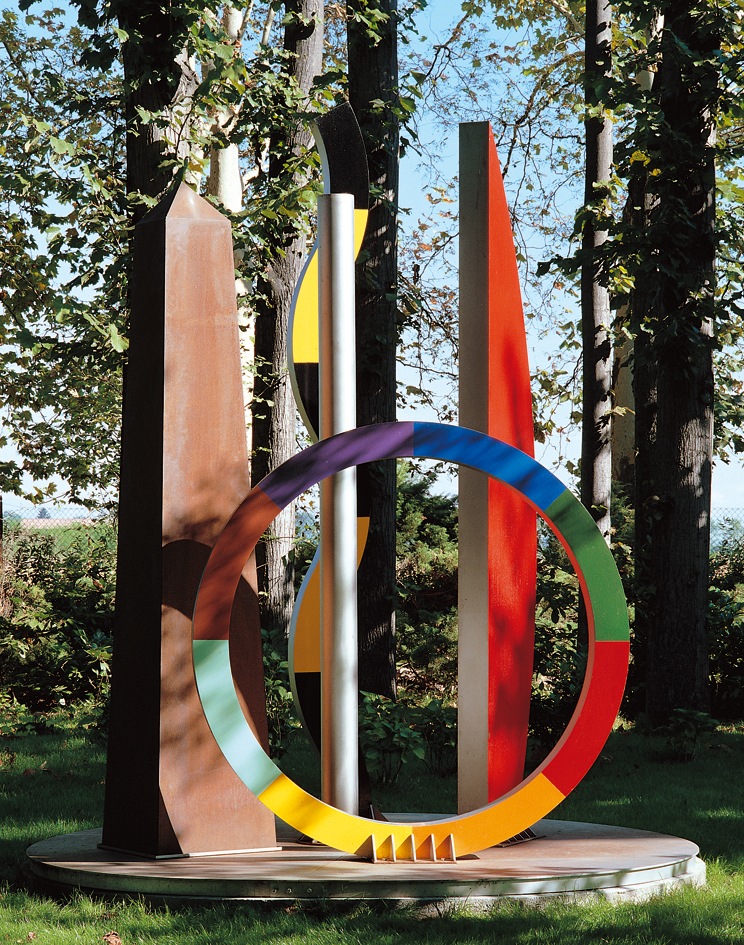 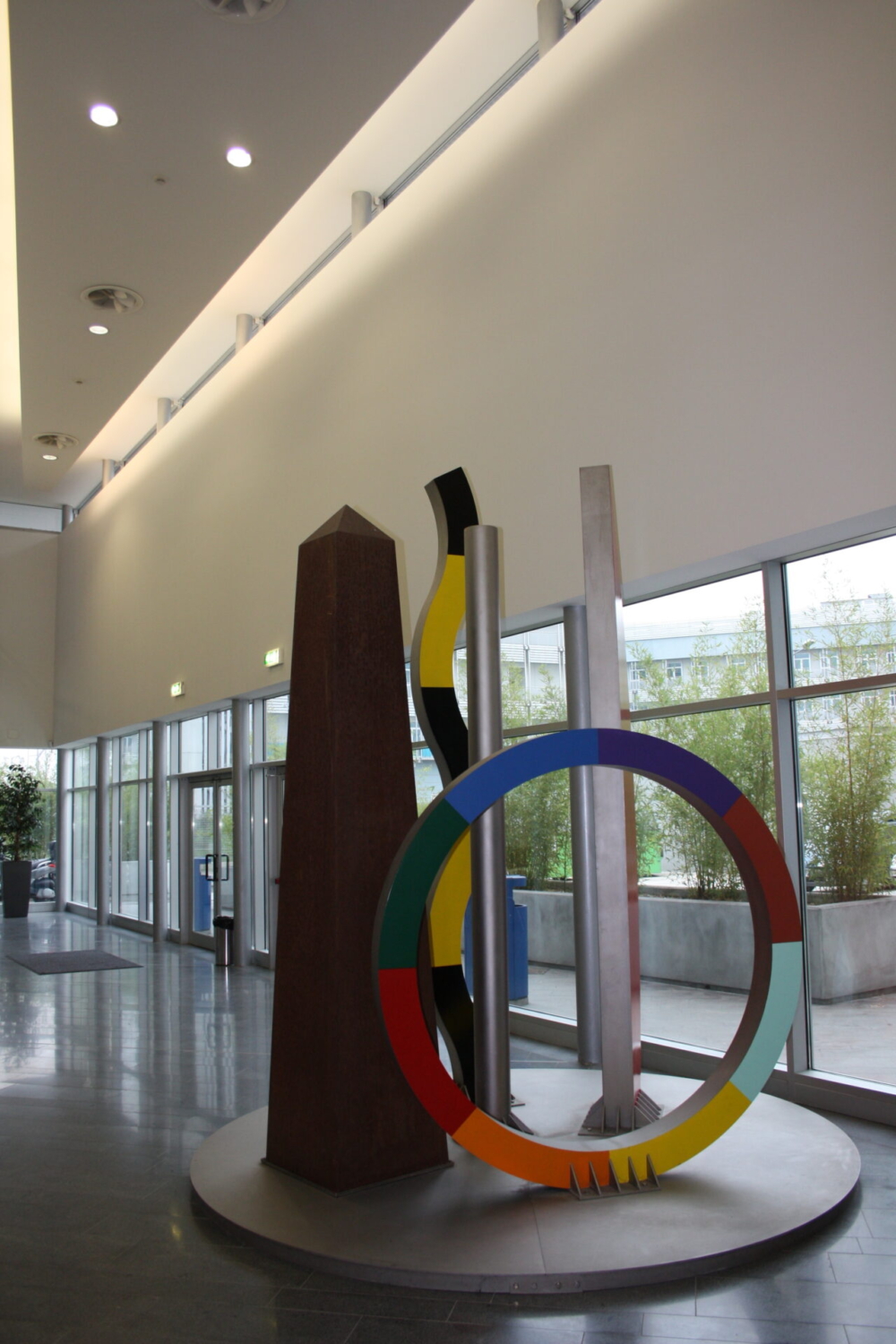 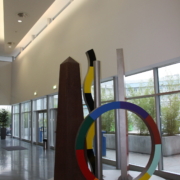 From the very early 1960s, Del Pezzo intended to overcome the poetics of the informal and its expressive legacy with a research that suspended the painting in a dimension halfway between the painting and the bas-relief: on the surface, often protruding, there were colored signs, but also object elements in strong projection, usually treated in a single color. Signs and objects recalled the iconism and atmosphere of De Chirico’s metaphysical painting, as if to underline a cultural rather than national belonging. Sculpture for Del Pezzo is therefore only the accentuation of the characters that painting already possesses, from which it is distinguished by its monumental dimensions. The colored paints of the Teatro degli Arcimboldi recall the liveliness of painting, and make the geometric shapes (columns, circle, obelisk…) that stand out slender on the base playful, like characters in a theatrical performance.

On loan to Politecnico di Milano-Bovisa from 2011

Maps were disabled by the visitor on this site. Click to open the map in a new window.
Back